There’s 99.99999% of Russia that I’ve yet to see – as one of our free tour guides said, she’s taken train trips through Russia that have lasted for five days. It’s a very large country and to think that you’ve ‘seen it’ after only visiting two cities in the west of the country is incredibly arrogant. Still, I’m going to be outrageous and pick a favourite – I prefer St Petersburg to Moscow. There, I said it.

As I mentioned earlier, St Petersburg has everything I love in vast, extremely cheap quantities. Tickets to events like the ballet and opera are exceedingly cheap even when compared to similar events in Moscow which were easily three to four times the price. Food seemed a bit cheaper as well, and the whole city is smaller and more manageable with a smaller population. The crush of people in Moscow is truly overwhelming, as you can see from this video I posted on Instagram!

There are other Soviet-era museums and monuments scattered throughout the city. K particularly enjoyed visiting the Cosmonautics museum, showcasing the golden era of Soviet space travel. We also did a self-guided day tour of the extensive Moscow metro system, where stations are lavishly decorated with beautifully coloured mosaics and majestic statues and friezes depicting the glories of the Soviet years. In case you’re not up to navigating the confusing metro system yourself, there are also paid guided tours, but they can be very pricey by Russian standards!

Speaking of guided tours, we joined a free walking tour of Moscow which concentrated primarily on Red Square and the Kremlin. I felt as though there’s a lot outside of the Red Square worth seeing, so to have the tour limited to such a small area as a bit disappointing. That’s Moscow though – it’s not as walkable as St Petersburg and you really have to make the effort to get outside of the tourist area to see other parts of the city.

All in all, I’m not sure if Moscow would be on the top of my list for the next trip we take to Russia. I’d love to do something like the Trans-Siberian Railway to see more of the country, or even a guided tour that takes you through the famous ‘Golden Circle’ route…but Moscow itself? It’s not quite my cup of tea…or shot of vodka! 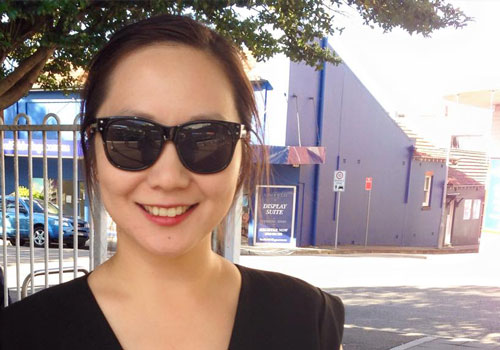